Just in case you haven't spotted this blog has moved - there's a new post over on Pondering Platypus.

This site will still be in use occasionally, but more for personal updates.
Posted by Kay Morgan-Gurr at 16:42 No comments:

A New Season and a New Blog

So, a new season begins!

And along with it - a new blog space.

But that's not the only reason for the change...

This is a brand new season for me, and I wanted a fresh start on many levels.

I also wanted to shake off some labels.

When I'm asked to write or speak - it tends to be only about additional needs.

I sometimes wonder if this is because I am myself disabled and people assume that this is all I fight for and am passionate about.

Like any other disabled person, I have other passions and interests, and also like other disabled people, I dislike being put into a box labeled "disabled speaker". ( I also suffer from the assumption I can't speak due to my disability, and the idea it would be too difficult to accommodate a disabled speaker - but that's a whole different problem!)

I am passionate about additional needs because in my history I saw poor inclusion and wanted to do something about it. I saw that kids with additional needs were rarely seen as able to have a lifelong relationship with God and I wanted to teach folk how to remedy that. That passion DIDN'T come from being disabled, it came from seeing a need and wanting to meet it. I wasn't disabled then.

So in this new season, please see past the wheelchair and see the passion I have for children - regardless of ability or situation.

See you over at 'Pondering Platypus'!

NOTE: I will be leaving this site live as it still has many hits on old posts.
Posted by Kay Morgan-Gurr at 11:56 No comments:

My Husband Steve and I have been jointly leading Children Worldwide for 14 years!
But last weekend, during our team conference we handed the baton of leadership to others.
Those 14 years have been a long journey.
They have been filled with many emotions, many stories, more than a few hard decisions, but lots of laughs too.

We leave the role with a whole host of friends and colleagues up and down the country, 4 lovely God children, lots of memories and it seems (according to the members)… a job well done.

We took the role on in fear and trepidation, and over the years as rules have changed and we have merged with FFT, the role has changed beyond recognition.

It hasn’t been easy, and we haven’t taken the role lightly. Leadership is a huge responsibility and we have felt the weight of that mantel. But within that there has also been joy.

Before we handed over the leadership along with some rather unusual gifts(!) I spoke about the ‘words’ we were given when we were voted in as leaders, and the fact that “The joy of the Lord has been our strength”. We played Rend Collective’s ‘Joy Of The Lord’, as the lyrics to this song summed it all up.

The two ‘words’ we were given all those years ago were:

“Look into the Father’s face”. This was given with a mental picture of a child looking into his father’s face, but when the child could look no more, the father lifted his child’s chin so he could continue to look. The old Chorus “Turn Your Eyes upon Jesus” came to mind!

To keep looking to God is the only way to lead well, so this has been a vital and life giving message that has stayed with us.

We both believe these are still valid words that need to be passed on with the leadership of Children Worldwide.

We felt it right to speak to the team about caring for their new leaders, and spoke with huge vulnerability about the toll leadership can take, in spite of the joy and the friendships involved. 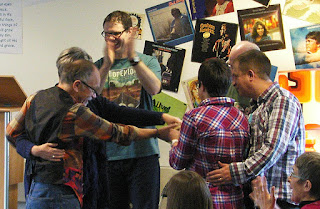 The leaders of our council of reference, Chris and Sharon Leeson were there and lived up to their reputation of doing things somewhat differently! They used Hebrews 12:1 and in the absence of relay batons, Jenga bricks were used to physically hand over leadership, but done by getting us to pace out the race, with Sharon reading out our achievements as we walked, whilst the ‘cloud of witnesses' (aka, the team) cheered us on. It was incredibly moving.

Having passed the Baton, the next bit took me even more by surprise, as our speaker - the previous chair of Children Matter, came to the front clutching another Jenga brick (Baton!) so he could hand over the baton of my new role (Yep - Chair of the Children Matter exec group).

Another momentous moment was when the children handed over their individual thank you cards. The messages in those cards were so, so precious. I had to read them back in my room because I knew I would cry, and I didn't want to upset any of the children.

It was a memorable and great weekend. (I only have room to write about the leadership handover!) 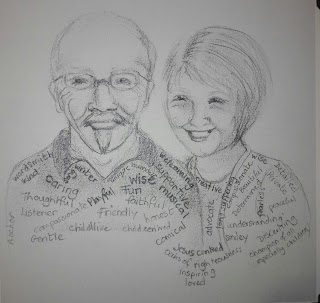 We have been blessed beyond words by the generosity of gifts and the kind words in a memory book. Within that memory book is a drawing of us by a member, filled with words she felt described us. We honestly had no idea how many lives we had influenced over the years…. The way of many leaders is to remember the ones we couldn’t help…

Many have asked if we have mixed feelings about it. But we don’t - we have huge confidence in the new directors and are happy to put ourselves under their leadership in the coming years.

We will remain members of the Children Worldwide family. We believe in what the organisation stands for, and we want to stand with them in that. As we said to the team: We are standing down from leadership.... not friendship.

Steve will remain a trustee of FFT - the overall charity, but I will step down as a trustee at the March board meeting.

As I’ve already said - my new role is chair of the Children Matter exec team. This is a lovely group of folk who work really well together and I’m looking forward to now having the time to serve and facilitate those in that team properly.

I will also continue to:
Be part of the council of reference for Home for Good
Serve on the Evangelical Alliance council
Be an advisor for Spring Harvest on additional needs and disability.
And of course, carry on equipping those who work with children who have additional needs/disabilities - as part of the Additional Needs Alliance.

As a couple, we will carry on doing grassroots children’s work, especially the schools work we do locally. We’ll also continue training, equipping and doing consultation work for children’s workers, churches and organisations.

Thank you to all who have prayed for us over the years, please continue - there's much to be done! 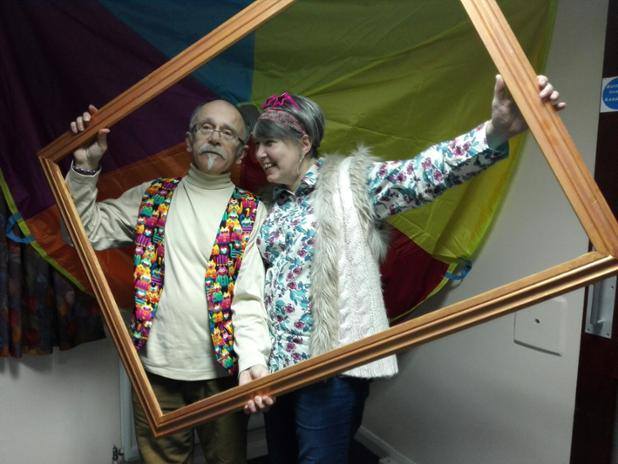 Posted by Kay Morgan-Gurr at 15:23 No comments:

One of our pastors says that only God is awesome - and theologically speaking, he is correct!

We use the word ‘Awesome’ to describe many things, to the point we undervalue the true meaning of the word.

Truth is - I haven’t had much to say and very little time to say it!

2015 has been a strange mix of everything; blessings, sadness, busyness…. and even with moments of joy, I’ve felt as though some things in the last year have just sucked the life, joy and confidence out of my soul and replaced them with fear.

I’m hoping that 2016 will see that life, joy and confidence restored - I have much to look forward to!

As I’ve been scanning down the New Year’s comments on social media, I’ve been noticing the huge spectrum of the greetings. Some saying that God has promised a healthy and prosperous 2016 to us (Utter tosh by the way!) and others at the other end of the spectrum, helpfully saying they pray God will walk with us through the coming year.

However, the ones that have stood out have been ones about hope. These have been from people who have had a devastating 2015, who are looking forward to the coming year with hope. Not that banal “I hope everything works out” sort of hope, but a solid hope that has it’s foundations in the grace of God. True grit hope!

As the year has come to an end, and the date of our stepping down from leading Children worldwide gets closer, many of my friends have said one key thing to me. None of these friends know each other, but they are saying the same thing…. and I’m finding the word they are using slightly disturbing!!

When I was young, being called a stirrer was an admonition. You were told off for doing it. As a shy introvert who doesn’t like confrontation, stirring was something I didn’t do.

But my praying friends seem to think this is what I am being called to do in the coming season of my life, and it’s scary.

As I look back over the last year, I suppose I have made a small start in this “gift of stirring” (as one friend called it!) but I’m not comfortable doing it. Maybe that’s a good thing - it means I not only care about the things I’m stirring stuff up about, but I also care about the feelings of the people I’m stirring up.

So my prayers for 2016, for myself, are:
Restoration - of life and joy
A Firm foundation - of Hope
Wisdom and love - to stir well
(And the ability to rest well within the whirlwind of life!) 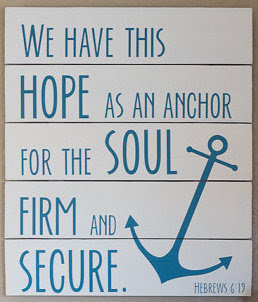 For my friends and family I pray for that firm foundation of hope to be present every day, and for a deep God given joy that survives all that life throws at you. May you also ‘stir’ well and with wisdom, in whatever thing God has laid on your heart.
….. May the stirring begin!

Posted by Kay Morgan-Gurr at 15:48 No comments:

We Found Out Who Our Friends Are

Most will see it as negative (Which sadly brings more blog readers) but I actually meant it as a positive title.

Over the past few months, we’ve discovered who our friends are….. and there were more than we could imagine.

Thankyou To Some Wonderful People

We have just come back from our second week of camp - I was grateful to have a week in between the two weeks of camp to recover a little!

I have been impressed by the wonderful leaders we had on the camps. The last camp was for the youngest campers - so more tiring, especially when many of the leaders had done the previous camp. 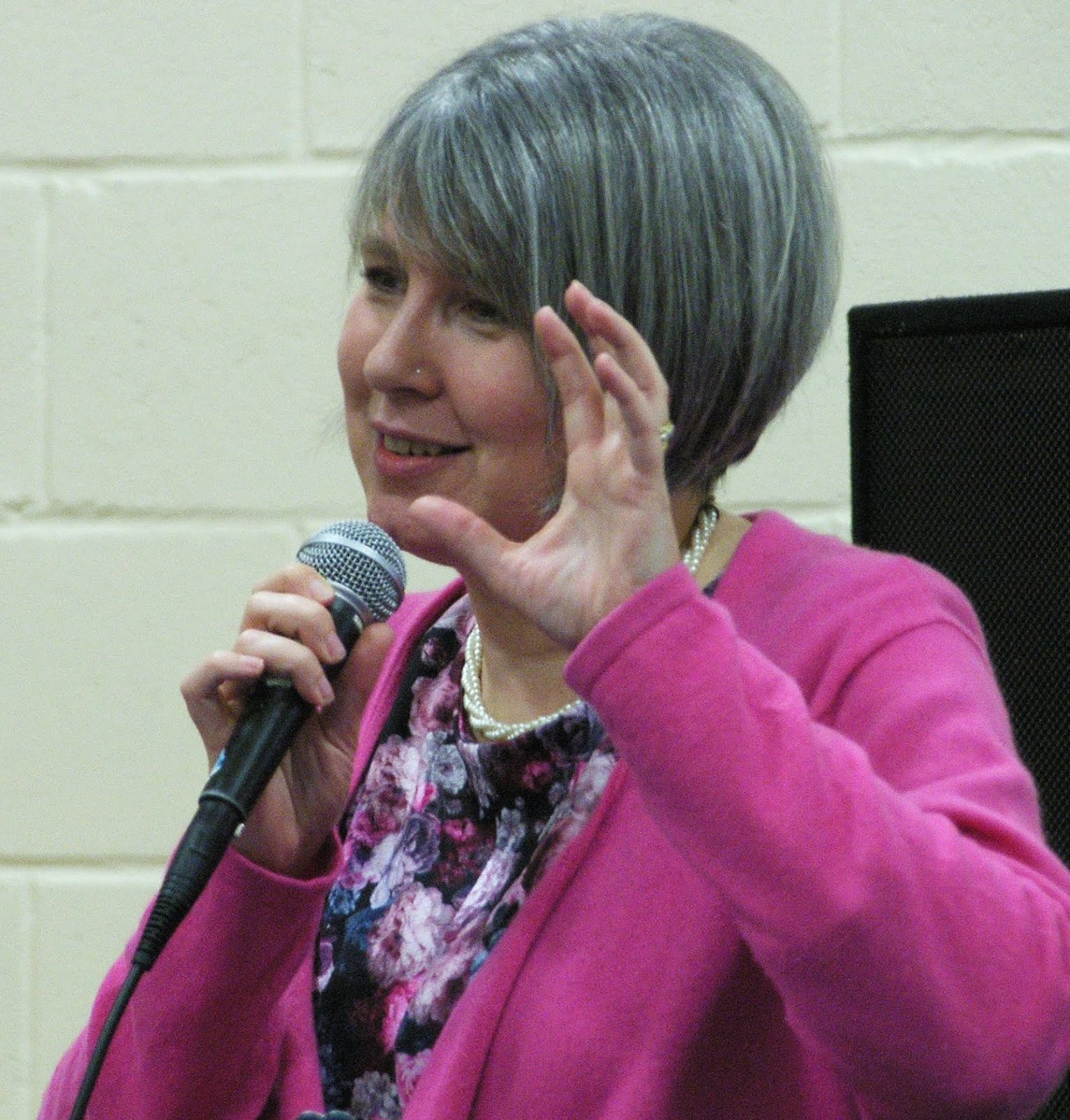 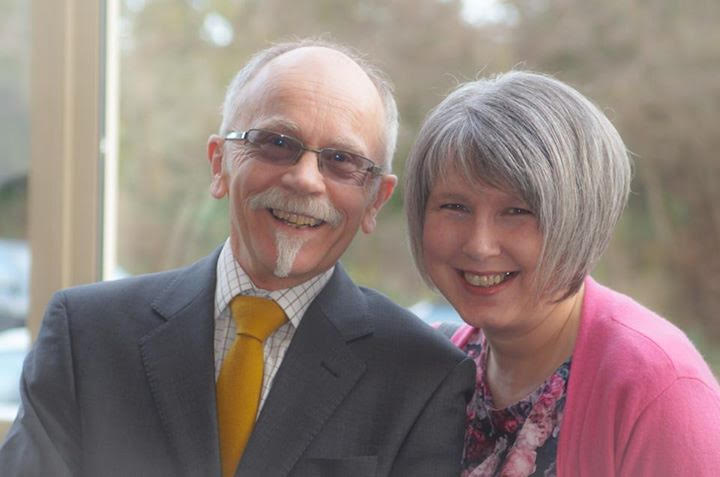 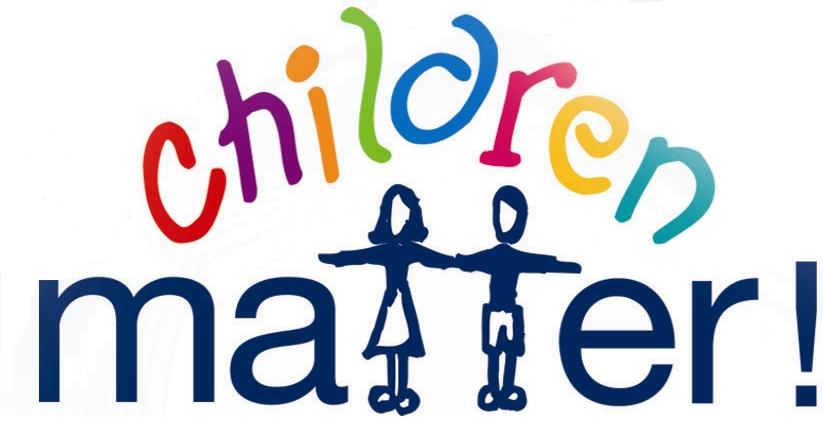